Since his first broadcasting experience with college radio in 1995, Corey has enjoyed bringing excellence, professionalism, and personality to his projects. He began podcasting in 2005, and has been doing so in one form or another since.

Founded in April 2012, The Electric Chair is a weekly horror audio show hosted by Midnight Corey. Every Sunday, horror is explored and dissected through interviews with influential people in the horror industry as well as reviews of horror films, literature, and music. 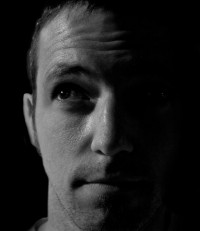