A film critic for many years, decided to move away from strictly web and print reviews and produce a podcast with fellow film enthusiasts.  Podcasting since 2010, Aaron has contributed in various other endeavors as well, most recently as a featured host on TV Talk.  His podcast, The Hollywood Outsider has been nomintated several times, most recently as a finalist for the Podcast Awards - Best Movies / Film

An irreverent podcast where we put our own spin on new cinema and dvd / blu ray releases, movie & entertainent news, television shows, and essentially all things film and TV related.

A new episode is available every Thursday at TheHollywoodOutsider.com and we also maintain a weekly radio slot with RockfordCollegeRadio.com from 4-6PM every Thursday. 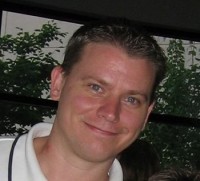