Encoding video for What The Techon March 6, 2012

My passion for radio and audio began very early on in high school. I joined my high school's student ran FM radio station. After graduation, I continued his passion for radio and audio by working at several different local radio stations. I was also involved with his own BlackBerry podcast. I also do a lot of voice over work for numerous stations and podcasts, including the Guys From Queens Network. Podcasting is great because it allows someone the chance to get their voice and opinions out there.

Catch “Tech News Weekly” on Fridays from 5pm to 6pm eastern. This show is your home for technology and entertainment news. Hosted by Andrew Zarian and featuring a round table of rotating guests hosts fro different insights, Friday afternoons on GFQ will be your source for a weekly wrap-up for all things “tech.” 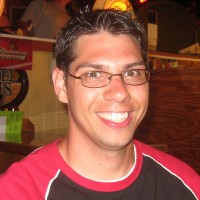