Kobren’s uniquely powerful approach to the promotion of smart consumerism
and industry education has earned him critical acclaim from media outlets
around the globe, and is, to this day, considered one of the most successful
independent weekly broadcasters in radio.

As the founder of The American Hair Loss Association, Kobren broke new ground in 2004 with his vision of creating a powerful consumer/trade organization that has
since become the most respected and recognized organization of his kind in
America.

Kobren is one of a handful of early technology adapters who, even in its
infancy, believed that the Internet was the future of broadcasting, and in 1999 began streaming his weekly syndicated program from WWOR radio in New York to his loyal readers and followers throughout the world. Kobren is also known as the first independent broadcaster to offer his audience the ability to
listen to on-demand, broadcasts of his radio show through his personal website.

In  2001, Kobren moved from New York City to Los Angeles, and after an eight
year run of broadcasting his program from Westwood One Radio Networks, in Culver City Ca., he chose to leave terrestrial and satellite radio in 2009 to build his brand exclusively on the internet.

No longer fettered by the inherent limitations of conventional broadcasting, Spencer Kobren's The Bald Truth's worldwide audience has grown exponentially. Now known as one of the most successful independent, Internet broadcasters in the nation, Kobren understands the unique complexities of becoming successful in the the world “new media” and recognizes the enormous opportunity that the  internet offers Independent broadcasters who create compelling content.

Kobren and his work have been featured in many publications, including GQ magazine, The Wall Street Journal, The Washington Post Magazine, Men’s Health, Men’s Journal, Newsday, The New York Times, The Los Angeles Times, The Atlanta Journal-Constitution, The Pittsburgh Tribune-Review and TheWashington Post.

Kobren has been interviewed by local and national affiliates of ABC News, NBC News, The Fox News Organization, CBS News, the CBC and the BBC. He has also been interviewed for ABC News “20/20″ and “Good Morning America.

"Spencer Kobren's nationally syndicated show, The Bald Truth, has a dedicated listenership that would have Rush Limbaugh pulling his hair out in envy" -- Pittsburgh Tribune- Review 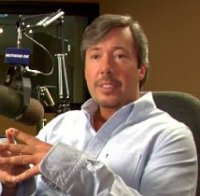